TANKLESS is defined as: "A system that heats the water as the water flows through the device, and do not retain any water internally"

TECHNOLOGY is defined as: "Human innovation in action that involves the generation of knowledge and processes to develop systems that solve problems and extend human capabilities"

Tankless water heaters have been around since the early 1900's. For decades the science on tankless water heaters never changed. They were crude gas operated point-of-use units that were located at every point in a house. These units had no temperature control, no safety systems and were dirty to operate. Back then there was no uniformity in design and development. Exchanging one manufactures unit for another meant re-piping of all lines and also re-positioning of vent lines. Back then there were no pressure balancing and anti-scalding valves. There were no multiple showerheads or body sparyers, so there was really no reason to modify the design. 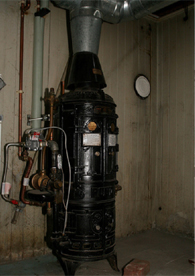 Meanwhile in the United States we took another path. We surmised that if we fill a steel drum with water, put a heating element in the tank and connected a thermostat you could get hot water. Back then electricity was extremely affordable and no one really had any concerns about the environmental consequences that were to come down the road.

Fast forward to today, the materials that tanks are built from have changed but the same technology that was used in 1889 is the same that is being used in today's water heater tank that you buy. In the United States "instant" or tankless as they are known today were starting to make an appearance. These units were built in Europe and had to be retrofitted to the U.S. market and if they worked here, it was a miracle.

That was where Niagara Industries, Inc. came into the picture. Founded in 1985 when the average home price was much lower as were gas prices. Electrical savings was not high on peoples mind except for one person. Luis Bolivar founder and inventor of the Titan Electronic Tankless Water Heater could see a market for these energy and space saving devices.

Today 36 years later Niagara Industries Inc has become the leader in tankless water heating technology. Its initial design and concepts have become the bases by which most tankless water heaters are built. Its newest creation for 2015 will be a new development line called "Tanklessology®" this will assured that Niagara Industries, Inc. will continue at the forefront of this industry.

In the years to come Niagara Industries, Inc. will continue to pioneer advancements in design, performance and control in the field of electronic tankless water heaters. Our team of designers and engineers are working diligently to make sure that you have the most advanced Titan Electronic Tankless Water Heater in your home.

TITAN®  The name by which all other tankless water heaters are measured.